Home » Leaf of the Week » Thanks to technology, cannabis is safer than ever

Thanks to technology, cannabis is safer than ever

When the Europeans first arrived in the Americas in the late 15th century, they were apparently baffled by the act of smoking, which was regular among the indigenous peoples there, but a completely alien concept to the West. Smoking in the Americas dates back as far as 5,000 BC, with tobacco an important substance in the spiritual rituals conducted by shamans.

The Europeans soon became fascinated by smoking, and tobacco smoking soon became a popular recreational habit, which set the tone for the health problems that it would later cause around the world – prior to that time, smoking was primarily reserved for ritualistic purposes.

However, there was a reason that smoking became immensely popular and widespread, over other methods of consuming substances like cannabis and tobacco, such as eating it and applying it to the skin – inhaling was a much faster way than either of those to get the apparent medicinal benefits offered. 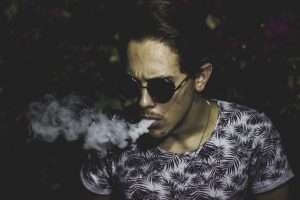 Fast forward to the 21st century, and smoking is now becoming a thing of the past, yet inhalation as a consumption method is still going strong – vaporizing is now extremely prevalent in the Western world, with the Centers for Disease Control and Prevention finding that there are now more than 9 million vapers in the United States alone.

Many people have rightly been cautious to wax lyrical about the relative safety of vaporizing, since the severity of the risks of chronic smoking were not truly realized until deep in the 20th century. Those against vaping argue that there simply isn’t enough research to claim that it’s safe, however a recent long-term study from the United Kingdom, which was carried out by Public Health England, has shown vaping to be 95 percent safer than smoking. However, there’s still plenty of convincing to do, with nearly 45 percent of the British public not aware that e-cigarettes are safer than combustible cigarettes, despite the positive press.

But what does all of this mean for cannabis, and how else have technological advancements helped to improve the safety of the herb, as well as paved the way for CBD vape oil and e-liquid and other novel products? Let’s find out.

While vaporizing still involves bringing a foreign substance into the lungs, vapor is not as harmful as smoke because the temperature is significantly reduced, and there are much fewer carcinogens and toxins for the body to contend with. Subsequently, this reduces the likelihood of getting diseases associated with smoking, such as emphysema and bronchitis.

However, the speed of delivery of cannabinoids like CBD and THC into the bloodstream is not reduced by swapping smoking and vaporizing. If anything, vaporizing is a more efficient process – the lack of burning means that none of the therapeutic value is lost, as is the case with smoking as plant matter combusts.

How our knowledge of cannabis has improved

Cannabis has always been thought to have beneficial effects, from the start of recorded history up until it was banned – this happened in Australia in the 1920s, although no significant research was ever carried out on the plant. Several other countries, including the US, took a similar approach.

However, despite being a prohibited substance, cannabis research continued at a snail’s pace, helped by annual grants of $100,000 from America’s National Institutes of Health to Israel, where the great scientific breakthroughs occurred. The first major development came in 1964, when THC – the cannabinoid with psychoactive properties – was isolated from the herb and chemically defined. The same happened with non-psychoactive CBD, and researchers were then able to study which compounds were responsible for the various medicinal effects of cannabis. The newfound ability to separate CBD from the psychoactivity of marijuana would later pave the way for the 21st century revival of cannabis in mainstream society.

But that would likely not have happened so soon had it not been for the unearthing of the endocannabinoid system (ECS) in the 1990s. The discovery of this biological nexus was more of an inevitability than a shock, as leading Israeli scientist Raphael Mechoulam had spent years trying to find an endogenous compound in the body that reacted similarly to the potent THC cannabinoid. Prior to the discovery, the existence of a system like the ECS was always thought likely given the long connection that homo sapiens have had with cannabis, and the wide-scale medical qualities that the plant has.

Psychoactive substances are certainly not revered by 21st century, as they were by long-gone civilizations, and that has made it difficult for cannabis to get a foothold in today’s society. While many are supportive of the medicinal benefits, the psychoactive properties are regularly associated with mental health issues, and for a long-time cannabis legalization was perhaps considered more trouble than it was worth.

But this has changed with the cultivation of CBD-rich cannabis strains and the increased interest in hemp plants, which have low levels of THC. High-quality extracts can be taken from these plants with a method called supercritical CO2 extraction, which is preferred as it siphons potentially harmful toxins and heavy metals out of the extract – these substances are picked up by hemp during growth because the plant is a bio-accumulator.

CBD made major headlines in the United States in 2013, when a documentary broadcast on CNN showed how non-psychoactive, CBD-rich cannabis oil was being used to treat a child patient with Dravet’s syndrome, a form of intractable epilepsy, in Colorado. The cannabis medication was remarkably effective, slashing seizure frequency from hundreds per week to just a handful every month. Heightened interest in CBD brought attention to cutting-edge studies showing how CBD could help with anxiety, depression, pain, inflammatory conditions and more, through ECS regulation.

In a bid to make CBD products as appealing as possible, manufacturers have developed CBD chocolate, CBD gummy bears, CBD coffee, CBD syrups, CBD creams and several other exciting products, which all have unique therapeutic properties that help with various illnesses.