An Older Adult’s Guide to Caring for Pets 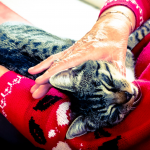 Whether it’s a cat or dog, pets make our lives better. This is especially true for older adults, but it can be tough to know how to choose and care for a new pet. If you’re a senior who wants to enrich your life with a new pet, you’ll want to keep these essential tips in mind. Choosing the Right Pet As an older adult, you should keep your lifestyle in mind when looking for a new pet. Think about the space you have at home and what animal will fit in with your routine. Cats are generally low-maintenance and are a good option for people with limited activity. If you’ve always dreamed of... Read More 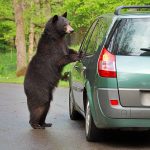 By: Óscar Contreras BOULDER COUNTY, Colo. – A “delinquent bear” had a bit of fun in Boulder County this 4th of July, and it didn’t involve fireworks. The Boulder County Sheriff’s Office said a bear pulled open an unlocked driver’s doors and climbed in. Unfortunately for the bear – not to mention the owner of the car – the door closed behind the animal. The bear then worked on digging through all four doors, “but apparently butt-shifted the car into neutral.” The car then rolled back and off the driveway about 100 feet down the hill, and the bear ended... Read More 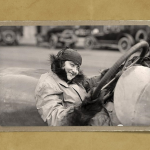 What better gift than a gift of wellness? What better reason to treat yourself to a gift than simply because you deserve it? There’s no need to wait for your birthday or the holidays to roll around, especially when the reward is good for your well-being — good for your mind, your body, and your soul. We all deserve to treat ourselves now and again, and the fact that we are doing it for the sake of own health minimizes the guilt and maximizes the benefits. The following are just a few suggestions for wellness items to add to your personal wishlist. Your mind Of course, you want to take care... Read More 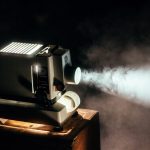 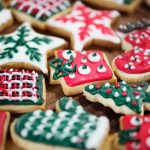 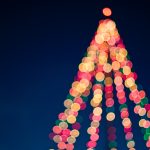 Thanks to technology, cannabis is safer than ever 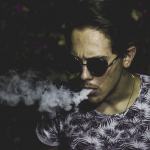 When the Europeans first arrived in the Americas in the late 15th century, they were apparently baffled by the act of smoking, which was regular among the indigenous peoples there, but a completely alien concept to the West. Smoking in the Americas dates back as far as 5,000 BC, with tobacco an important substance in the spiritual rituals conducted by shamans.  The Europeans soon became fascinated by smoking, and tobacco smoking soon became a popular recreational habit, which set the tone for the health problems that it would later cause around the world – prior to that time, smoking was primarily... Read More 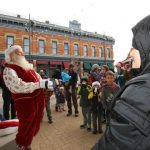 “Santa Claus is coming to Old Town!  Children of all ages are invited to share their hopes and holiday wishes with Santa when they visit his workshop in Downtown Fort Collins. Beginning November 17th, his workshop is open from 12:00 PM – 6:00 PM every Wednesday – Sunday. The public is encouraged to visit early in the season as there are virtually no lines, especially on weekdays for the first three weeks. The workshop will be closed on Monday December 17th.  However, it will open on Tuesday December 18th and be open every day until December 24th. Santa’s workshop will close at 4:00... Read More 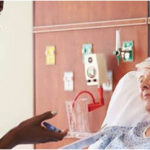 This September is Ovarian Cancer Awareness Month, and to observe the event, visit your gynecologist to ensure your ovaries are healthy and happy. Ovarian cancer, which now ranks 5th in cancer deaths amongst women, is a serious condition and should not be taken lightly. Many women, who neglect annual OBGYN visits and/or don’t seek help when they don’t feel themselves, won’t be diagnosed until the cancer has spread substantially. Many times the symptoms will be mild or non-specific, making it difficult to tell there is something wrong. That being said, ovarian cancer is one of the most... Read More

The Mainline Alehouse Stands Out Above The Crowd 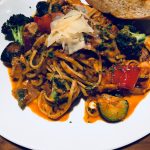 Disclaimer: Mainline Alehouse plans to be closing soon The Mainline Alehouse occupies space in Old Town, Fort Collins nestled between two other restaurants, but it holds its own. The inside of The Mainline is a mix a modern clean design with touches of a woodsy/outdoor essence. The tree-like structures lined throughout the restaurants are eye catching. More importantly the Mainline served as the last place I would cover for OnFortCollins.com, a last meal if you will. I ordered a shandy from the multi-page list of beers on tap, from Left Hand Brewery, called Peach Beerllini Randler. I love Left... Read More