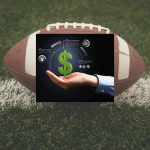 Athletes having been taking advantage of the natural healing properties of cannabis behind the sports scene for a very long time. With some sort of cannabis legalization being passed in over half of the United States, it’s no wonder athletes are starting to invest in the cannabis business. Several have saved money from time spent playing in the NFL, and they’re looking to prolong their retirement with wise investments. We’re currently in the Green Rush, and several former NFL players have announced they’re getting involved in the industry. Joe Montana Joe Montana, a Hall of Fame quarterback... Read More

Tagged: ATHLETEathletescannabis investingcannabis marketcapitalCBDespnFootballformer nfl playergreenhousehealthyHempinvestinvestingmarket trendmarketwatchmoneyNFLsportssports businesssports investingsports news
OnFortCollins.com is a locally-owned and operated directory and information guide for Fort Collins Colorado
Discover the best of Fort Collins shopping, restaurants, night life, breweries, events, business, outdoors, fun, local life, real estate, transportation, jobs, and schools.
Looking for what to do in Fort Collins? OnFortCollins.com has columnists, and bloggers to keep you up to date on the best of Fort Collins, Colorado.