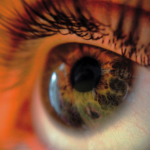 Research on CBD and eye health has been fairly limited due to federal legality, but the passing of the 2018 United States Farm Bill removed CBD from its classification as a Schedule 1 Drug. This will lead to more freedom in the ability to conduct more studies. The research that has been conducted shows both pros and cons for CBD as related to eye health. CBD is one of several cannabinoids produced in cannabis. Cannabinoids interact with the body’s endocannabinoid system by binding to the CB1 and CB2 receptors in a most commonly analogized lock and key method. According to researchers at the School... Read More