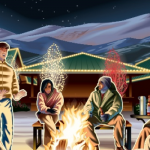 A Visitor Comes to Stay While Fort Collins is known for its craft brewing, and as a leader in the craft brewing scene, we’re still always happy to see new faces in our midst. Founders Brewing Company is based out of Grand Rapids, Michigan. The company was founded in 1997, and eventually became a welcoming experience for all. In the last 21 years, the company has, well, come of age (so to speak), and is branching out to introduce some of its beverages in other states. Enter: The Founders Brewing Company Welcome Party at Black Bottle Brewery and at The Mayor of Old Town. Both locations will be... Read More 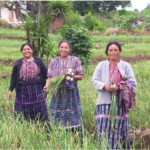 In Guatemala a 36-year guerrilla war which formally ended in 1996 and ongoing drug cartel and gang violence has left over 200,000 people dead and created an estimated 1 million refugees in Guatemala. The country struggles with poverty, infant, child, and maternal mortality, malnutrition, proper sanitation, and contraceptive awareness and use. The female literacy rate is surprisingly only 76%. More than half of the population is below the national poverty line, and 23% of the population lives in extreme poverty. Poverty among indigenous groups, which make up more than 40% of the population, averages... Read More