The Glass Between Their Love 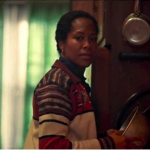 On July 6, 2016, Philando Castile died tragically and pointlessly. Officer Jeronimo Yanez pulled Castile over during a traffic stop. Later, Yanez claimed Castile was pulled over because he looked like the suspect in a robbery. In the car with Castile was his girlfriend, Diamond Reynolds. Her four-year-old daughter was in the back seat. As Yanez asked Castile to produce his license and insurance, Castile informed the police officer that he had a licensed firearm in his possession. At this point, Officer Yanez panicked. He raised his voice, unholstered his firearm, and fired at Philando Castile seven... Read More