Home » Articles » Leaf of the Week » Cannabinoids for Fitness 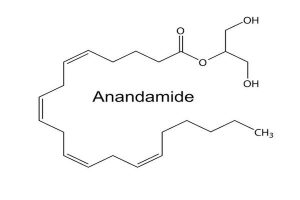 Earlier this week, I had the honor of presenting “Cannabinoids for Fitness” at the Cannabis Science Conference East in Baltimore, MD. The Cannabis Science Conference is the world’s largest and most technical cannabis science expo. It pulls together cannabis industry experts, instrument manufacturers, testing labs, research scientists, medical practitioners, policy makers, and interested novices with the goal of improving cannabis science. It was an incredible educational conference and I’m proud to share some of our presentation data with you today! 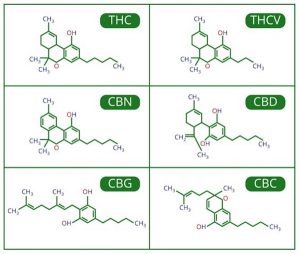 Research is showing that cannabinoids found in the cannabis plant have several medicinal properties. The specific properties of these individual cannabinoids can be taken advantage of to compliment and even boost efforts to begin or maintain a healthy and active lifestyle. For some, consuming cannabis has been said to align focus and create a stronger mind/body connection, allowing for increased neuromuscular control. It aids in recovery by reducing pain and inflammation and encouraging restful and restorative sleep. 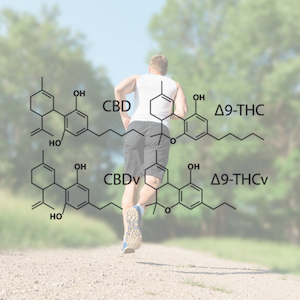 The cannabis plant produces over 160 different exogenous cannabinoids. Some of the most commonly talked about are THC, CBD, CBG, CBC, CBN, and THCV. Each of these cannabinoids have medicinal properties that can be used to benefit a healthy and active lifestyle. THCV, for example, is being shown to specifically help with weight loss. A study on THCV, published in the Journal of Nutrition and Diabetes, concluded, “the two highest doses of THCV resulted in a less strong but nevertheless statistically significant reduction of body fat mass.” This indicates a strong relationship between THCV and our metabolism.

By combining a consistent exercise routine along with the proper exogenous cannabinoids found in cannabis, you will be on the right path to reaching your health and fitness goals. Remember, each person is different, so each cannabinoid can have a slightly different effect depending on the person. Start slow, and experiment with different cannabinoids and fitness routine combinations to find what works best for you.

Antonio DeRose
Antonio is the Co-Founder and COO of Green House Healthy, a health and wellness company promoting cannabis as part of a healthy and active lifestyle. He is a NASM Certified Personal Trainer, competitive trail runner, freelance writer and speaker. His company creates healthy experiences through educational and athletic events, teaching cannabis positive fitness and nutrition classes, and providing promotion and media services. Antonio has several years of experience with cannabis, including having worked on an all organic outdoor farm with 6000 plants, from seed to sale. In 2017, he became the first male to complete an entire 420 Games National Tour, a traveling athletic event series focused on de-stigmatizing the lazy stoner stereotype. He is also an official NORML Athlete, representing NORML Athletics.
Tagged: athletescannabinoidscannabisCBDcbhexerciseFitnessgreenhouse healthyhealthMarijuanamedical marijuanamedicinemmjnatural medicinepersonal trainerpersonal trainingplant basedplant medicinerunnerRunningsportssupplementsTHCTHCVwellness
OnFortCollins.com is a locally-owned and operated directory and information guide for Fort Collins Colorado
Discover the best of Fort Collins shopping, restaurants, night life, breweries, events, business, outdoors, fun, local life, real estate, transportation, jobs, and schools.
Looking for what to do in Fort Collins? OnFortCollins.com has columnists, and bloggers to keep you up to date on the best of Fort Collins, Colorado.