Posts Tagged With ‘ will arnett ’

Everything Is (Slightly Less) Awesome 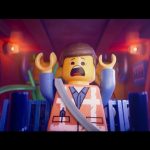 It’s very difficult to be surprised by movies these days. You’ve seen trailers released by major studios that seem to leech most of the drama out of the film they’re promoting. If you go to certain corners of the internet, you can piece together marketing materials, leaked screenplays, and footage and basically get the gist of a film before it’s even playing theatrically. That sucks, so I cherish those moments, particularly in studio blockbusters, when I get blindsided. One of my favorites from 2018 was the last 30 minutes of Avengers: Infinity War. If you haven’t gotten around to seeing... Read More