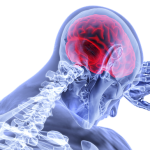 This week a 90s heartthrob died of a massive stroke. Luke Perry was a relatively young 52 when he suffered a massive stroke. While that seems quite young, ten percent of strokes happen in adults younger than 45.  The causes are many, but the prevalence of diabetes and obesity are largely to blame as well as smoking or, more rarely, an injury that damages a blood vessel in the brain. A stroke happens when a blood vessel in the brain becomes blocked or bursts. When this happens, the impacted part of the brain starts to die, leading to common symptoms such as numbness or difficulty with speech.  A... Read More