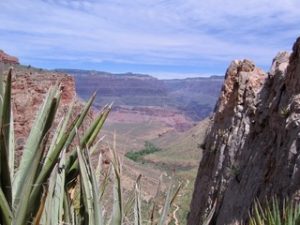 Each of us has dreams, desires, and ambitions. There are races we want to enter, promotions we want to apply for, fitness classes we would like to take, languages we wish to learn, businesses we want to start, and the list goes on. We make plans to get there and oftentimes can even see ourselves there, having accomplished what we really want to do. Yet some of us stop before our pursuit has actually begun. We convince our self that it is not worth it, or it will never happen; consequently, we never take the chance. In nearly all of these instances, our stopping before we start can be traced to a human commonality; our thoughts or more specifically, our critic.

Just as each of us has dreams, desires, and ambitions, each of us has our own internal dialogue. It’s comprised of our thoughts and we have a lot of them. Throughout any given day, some can be supportive, some can be off the wall and out of nowhere, some are facilitative, and some are very, very harsh. These harsh thoughts are our critic and we all have one. Our critic is judgmental, condescending, hostile, unsupportive, mean, and oftentimes can be very nasty.

Recognizing we have this voice of the critic, pursuing our dreams, desires, and ambitions requires us to understand it. Our critic is actually the voice of fear. Its role is primarily biological, and it wants to keep us safe. Walk out to a ledge to take in a stunning view and the voice you hear telling you to step back is your critic. It wants to keep you safe. Our critic wants to keep things just as they are. Pursuing our dreams, desires, and ambitions will require us to change our current behaviors. Change is the unknown and that means anything can happen. Our critic is afraid of what it takes for us to be more. Trying something new is dangerous. We have to take a chance, learn a new skill, work harder than we presently are, or risk vulnerability. This is uncomfortable, and our critic craves the comfort and banality that comes from never breaking routine, never trying anything new, never venturing off the path, never taking a chance, and never pursuing a dream. If our critic ran things, we would reside, I caution to say live, in a bubble where every circumstance, situation, and possible outcome would be accounted for. In working toward its agenda of keeping us safe and comfortable, our critic uses all sorts of measures of deception and duplicitous behavior. It will poke and prod at our insecurities. It will exploit our past shortcomings. It will go to our deepest, darkest places, and use that against us, so we become paralyzed by its innate, biological fear, and we never step out on that ledge. Its best weapons are untruths and pure pessimistic speculation. If we were to envision it, our critic would be a toxic blob, that wants nothing more than to see us stay the same.

With a firm understanding of its purpose, we are then able to use our awareness to acknowledge this voice when we recognize it, as ‘our critic.’ The ability to make this distinction is of the utmost importance, as our critic is not our voice. Our critic is not us. It is simply a part of our genetic makeup. The voice it gives fear has a place in keeping us safe when REAL danger exists. Should we venture too far out on the ledge to take in the view during a severe wind storm, then we might want to heed the warning and take several steps back. However, in nearly all other circumstances the critic’s message is no more meaningful than any random thought that pops into our head throughout the day. Its message only has the power and value we give it. The critic only becomes relevant when we entertain what it has to say. The critic is a carnival barker in our head and we are hearing what it is saying, but it is not actually talking to us. We hear its message, but we are not the recipient unless we give the message value and choose to be.

The best way to think of the critic is with a question. If the critic was a friend, would you want to hang out with them? If no, then why listen to what it has to say and give the voice power over your pursuit of your dreams, desires, and ambitions? Recognizing, acknowledging, and discounting the critic as the carnival barker they are is a process. However, it is a process comprised of work that is entirely worth your time, as the road leads to the vision you see of yourself finishing the race, receiving the promotion, completing the fitness class, speaking the language, having your own successful business, and the list goes on.

Thomas Muir
Tommy spent six and a half years in the Marine Corps as an infantry officer, holding numerous leadership positions and doing multiple combat deployments. Upon leaving the service, he worked with multiple nonprofits, helping wounded service members and veterans recover through cycling and triathlon. This work deeply resonated with him and led him to pursue a Master of Arts in sport psychology. Working in this capacity, Tommy embraces the wise words of Henry Ford, who once said, “If you think you can or you think you can’t, you’re right.” Henry Ford was talking about mindset. Mindset is everything. The way we think, the way we interpret sensory information, and our ability to thrive in complex environments are all determined by our mindset. It grounds our approach. It either helps us get where we want to go, or it is what is holding us back. With this understanding, Tommy works with athletes, performers, and business professionals, to hone their mindset, enabling them to find the results commensurate with their innate abilities. Tommy is an active endurance athlete residing in Boulder, and can be found on the roads, trails, and pools in the local area. https://www.mindsetelevated.com
Tagged: ambitionsconquering feardesiresdreamsfeargoing for itmindful mondaymotivationriskthe critic
OnFortCollins.com is a locally-owned and operated directory and information guide for Fort Collins Colorado
Discover the best of Fort Collins shopping, restaurants, night life, breweries, events, business, outdoors, fun, local life, real estate, transportation, jobs, and schools.
Looking for what to do in Fort Collins? OnFortCollins.com has columnists, and bloggers to keep you up to date on the best of Fort Collins, Colorado.