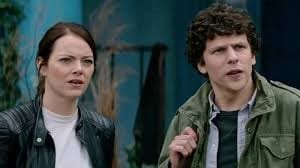 If you went back in time and told the younger version of myself that a) there would be a gigantically popular TV series about the zombie apocalypse and b) that I would have tapped out on it after the third season, Younger Me would have immediately called 911 and had you arrested with extreme prejudice.

Consider that The Walking Dead began as an independent comic book. Now, it’s getting started on its 10th season, has one current and one upcoming spinoff series, and there’s talk about releasing three connected theatrical films. To paraphrase a former Vice President, The Walking Dead is a big f*cking deal.

If you love it, I give you all the credit in the world. Unfortunately, it doesn’t scratch the itch for me any longer. I’ve come to realize that, in order to achieve maximum enjoyment, I need a soupçon of humor. While The Walking Dead has oodles of gore and scads of drama, it has virtually no chuckles. I get that the series is about the apocalypse and desperation and “We are the walking dead!” and blah blah blah. I also get that humor is an essential component of the human condition and can be found in even the weightiest works of art.*

My flavor of zombies includes a degree of silliness. That blend of carnage and chuckling is why 2009’s horror-comedy Zombieland is so dear to my heart. Ten years later, we’re presented with a sequel. Is Zombieland: Double Tap necessary? Oh, no. Did I laugh a great deal and have a blast watching it? Oh, hell yes.

Ten years have passed since the events of the first film. A plucky band of survivors has not only managed to survive the rampaging hordes of cannibalistic ghouls but also created something that looks an awful lot like a family. They are: 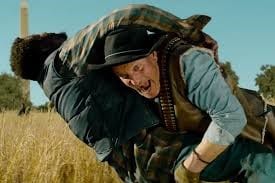 The good news is that they have made their home in The White House. The bad news is that there’s trouble in paradise. Little Rock wants to meet people her own age and get out from under the overbearing glare of her father-figure Tallahassee. Using the Hope Diamond, Columbus proposes to Wichita. She’s terrified of both settling down and settling down with him. The really bad news is that both women take off, and Little Rock decides to ditch Wichita and strike out with Berkeley (Avan Jogia), a guitar-strumming hippie.

The really, really bad news? Zombies have evolved, and the worst of them are known as T-800s. They’re stronger, faster, and tougher. As a result, the gang must go on the road again to rescue Little Rock. Along the way, they’ll run into Madison (Zoey Deutch), a ditz who’s survived by living in the freezer of a Pinkberry, and Nevada (Rosario Dawson), a tough-as-nails woman running an Elvis-themed motel. There’s also Albuquerque (Luke Wilson) and Flagstaff (Thomas Middleditch), a couple of guys who share more than a few similarities with our heroes.

In these times of political polarization and near-constant anxiety, sometimes you just want to be entertained. Let’s be clear, I’m not talking about a “turn off your brain” movie, as these tend to be actively insulting. There’s a vast world of difference between fun and stupid, and Zombieland: Double Tap manages to be consistently entertaining without actively causing brain trauma to viewers. 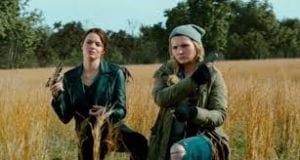 It gets a little weird, though, and it starts with the director. There are some actors, such as John Travolta, that are frustratingly inconsistent. The right filmmaker can guide Travolta to an Oscar nomination for Pulp Fiction. The wrong filmmaker guides him to a clinically insane performance in The Fanatic. Director Ruben Fleischer has precisely the same problem. Take a gander at his filmography and you’ll see stinkers like Gangster Squad and Venom, movies that feel anonymously made.

Yet the two Zombieland films hum along with creativity, humor, and a sweetly beating heart. Double Tap feels like another 97 minutes tacked onto the first film, and I was 100 percent okay with that. Like before, we see Columbus’ rules for survival amusingly popping onscreen, rapid-fire pacing, and a host of zombie kills that blend gore and humor.*** Fleischer directs with style and verve, and it baffles me that only a few of his films are this good.

Perhaps it’s all due to the script. Original writers Rhett Reese and Paul Wernick return, along with new scribe Dave Callaham. You can tell these guys love their characters, love the zombie genre, and love tweaking them both in ridiculous directions. While I’ll admit the narrative is slight and there’s a very real episodic feel to the whole thing, I still loved returning to this world. They have crafted a hangout movie set during the zombie apocalypse. 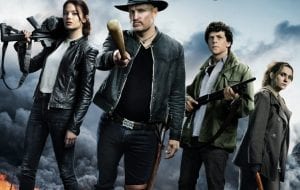 The original cast hasn’t changed a bit. Stone and Eisenberg have charming chemistry together, Breslin brings a spiky realism to her role, and Harrelson is a swaggering goofball. Together, they’re a formidable comic team that utilizes precise timing to deliver big laughs. Of the new characters, Zoey Deutch makes the most of her role. She’s playing the old dumb blonde role, but Deutch is a creative and intelligent actor who excels at going one direction just when you think she’ll go another.

In yet more evidence that we live in the darkest timeline, the dominant piece of zombie pop-culture is relentlessly po-faced and grimdark. For a minute, there was talk about a Zombieland TV series. Its failure is proof that we can’t be trusted with nice things. However, if Fleischer and his cast and crew can keep delivering sequels every 10 years that have the zippy spirit of Zombieland: Double Tap, perhaps we’ll get the entertainment we need, if not the entertainment we deserve.

*There’s a scene in Schindler’s List in which Oskar Schindler interviews a succession of women to be his secretary. It ends with one of the most perfectly timed jokes I’ve ever seen in a movie.

**A few of my favorites are #3-Beware of bathrooms, #18-Limber up, and #26-A little sunscreen never hurt anybody.

***My favorite kill takes place thousands of miles away from our main characters.

Tim Brennan
Tim has been alarmingly enthusiastic about movies ever since childhood. He grew up in Boulder and, foolishly, left Colorado to study Communications in Washington State. Making matters worse, he moved to Connecticut after meeting his too-good-for-him wife. Drawn by the Rockies and a mild climate, he triumphantly returned and settled down back in Boulder County. He's written numerous screenplays, loves hiking, and embarrassed himself in front of Samuel L. Jackson. True story.
Tagged: abigail breslindave callahamemma stonejesse eisenbergpaul wernickrhett reeseruben fleischerwoody harrelsonzoey deutchzombieland double tap
OnFortCollins.com is a locally-owned and operated directory and information guide for Fort Collins Colorado
Discover the best of Fort Collins shopping, restaurants, night life, breweries, events, business, outdoors, fun, local life, real estate, transportation, jobs, and schools.
Looking for what to do in Fort Collins? OnFortCollins.com has columnists, and bloggers to keep you up to date on the best of Fort Collins, Colorado.