Three Important Drugs in the News 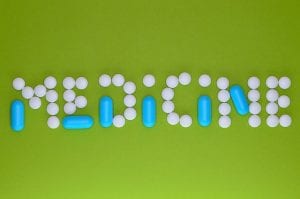 Science has given us so many tools to make our lives better and healthier.  Information about how we address health issues now and how we can address them better in the future is all over the news right now.  Here are three important news stories that are influencing the conversation about major health issues.

What makes this treatment so effective is the fact that bithionol alone will not kill the bacteria.  The drug is used in conjunction with traditional antibiotics to kill bacteria.  Why is that important? Scientists say that the future for overcoming antibiotic resistance is combining therapies. Scientists do warn, however, that it is not impossible that bacteria can become resistant to bithionol in the future.

Why is this treatment for opioid addiction so hard to get?

Buprenorphine, also known as Suboxone, curbs cravings and treats the symptoms of withdrawal from opioid addiction. Combined with therapy, it is one of the three FDA-approved medicines considered the gold standard for opioid-addiction treatment. So, why is this treatment not readily available for the war on opioids?

Cities like Philadelphia are addressing the issue on their own. The bupe bus is a project of Prevention Point, Philadelphia’s syringe-exchange program, and is part of the city’s efforts to expand access to this particular form of medication-assisted treatment for opioid addiction.  The bus is manned by a physician who discusses treatment with the patient and authorizes the prescription.

Ebola can no longer be called an incurable disease, scientists have said, after research conducted in the Democratic Republic of Congo (DRC), where a major outbreak is occurring.  Two of four drugs being tested in the DRC were found to have significantly reduced the death rate of those suffering from Ebola.

The drugs are still being tested in trials in the DRC. The next phase of research should reveal more about which of the two works best under what circumstances. Scientists say the more they learn about the two drugs, the closer they can get to turning Ebola from a terrifying disease to one that is preventable and treatable. While Ebola will never be eradicated, the outbreaks will no longer become terrifying epidemics.

Andrea Groth
Andrea wants to live in a world where the neighborhoods are walkable, bike lanes are plentiful, and the food is fresh, delicious and readily available. A 20-year veteran of the health and wellness industry, she started her career in the fitness industry while earning a master’s degree in Exercise Science and Health Promotion, and then on to the burgeoning field of worksite wellness. Andrea has competed in collegiate level soccer, worked as a personal trainer, fitness instructor, wellness coach, and master trainer, climbed 14ers, and completed cycling centuries and metric centuries. All of these experiences give her the opportunity to view well-being from many different perspectives. When she’s not helping others to be their healthiest self, you can find her at a farm to table restaurant, down dogging at the yoga studio, or experiencing the Colorado landscape on a bicycle, snowshoes, cross country skis or on foot.
Tagged: Drugshealthpublic healthresearch
OnFortCollins.com is a locally-owned and operated directory and information guide for Fort Collins Colorado
Discover the best of Fort Collins shopping, restaurants, night life, breweries, events, business, outdoors, fun, local life, real estate, transportation, jobs, and schools.
Looking for what to do in Fort Collins? OnFortCollins.com has columnists, and bloggers to keep you up to date on the best of Fort Collins, Colorado.