Home » Articles » Airstream Camping » Suppression is Not the Key to Happiness

Suppression is Not the Key to Happiness 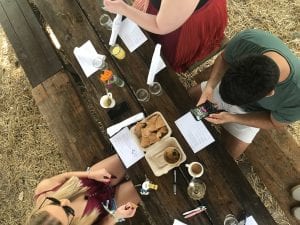 I cried today. Twice. Unbeknownst to the part of me that likes to feel as if I’m always in control. One of my best friends FaceTimed me from Colorado and then one of my best friends called me from Austin for our typical end-of-day recap, and without warning, the flood gates opened. To better illustrate this moment, please imagine me at my usual table in Whole Foods (meaning, my possessions are strewn all over the place) while I inhale an entire bag (yes, bag) of Justin’s mini dark chocolate peanut butter cups. Meanwhile, Nugget is staring at me from across the table.

Sidebar: if you don’t also eat your feelings, then I’m not sure we can be friends.

It’s been exactly one month since I arrived in Houston. I’m most aware of this fact because I had to pay rent to my trailer park yesterday (yes, I live in a trailer park, and whatever you are imagining in your mind, yes, that is exactly what it looks like). So, here I am. In Texas. God’s Country, they say. They also say everything is bigger here. And, it is.

As you are probably aware, Houston doesn’t grace many must-see lists. And maybe that is why I have found such a soft spot in my heart for said city. In February, I met a business owner via the social airwaves. His soccer-inspired fitness concept was still in its infancy stage and he needed an overhaul on his marketing strategy. After two flights down south and the connection to another amazing client in nearby Austin (a 5-foot-tall fireball who amazingly matched both my sarcasm and my zest for 3am late-night work sessions), I made the choice. To voyage to Texas with the Airstream in tow. To do life, and business, alongside a group of people who sparked something inside of me that felt altogether impossible to find in what was my present geography. And, for a vast majority of the last thirty days, I have relished in this space of connection.

Working for myself is the greatest gift I’ve ever been given. It has given me a sense of freedom that far surpasses any amount of money. But, there have been many days where something feels missing. People. A team. Yes, I have had amazing clients whom I care for deeply. But, I have spent most of my time in the last year and a half completely alone. Collaboration is secondary to my execution of creative tasks. And, I love the creative tasks. They ignite a fire within me that is altogether indistinguishable. But, boy, do I miss connecting with people over said projects.

So, joy. In the last month, there’s been a lot of joy. There’s also been a lot of growing. And, I’ve come to recognize, at least for my own self, that if you’re really stretching to a point beyond comfortable, then that growing will illicit some form of pain. And, these last few days have felt like some Game-of-Thrones-esque shit. Necessary. In a very raw way, welcome. But, heavy.

Because, yes, the freedom of being my own boss is liberating, but that freedom also requires constant care. It requires a consciousness about where I am steering my ship. And, at a certain point, it requires a choice to stay relatively small inside my space as a freelancer or to open myself up to a much larger body of work by teaming up with other contractors to effectively provide services that I know are vital for a client to get that next level of business acumen. As I’m currently experiencing, that role becomes much less about my technical execution of skills, but rather about my ability to create good strategy, hire good people, and pay good money to those people who share a similar interest to integrity. Just like that, in a wave of nostalgia, I’m back to coaching. And, if you know me, then you know that I know coaching. Five years later. Different sport. Different risks. Different players. But, beyond a shadow of a doubt, the same skillset. 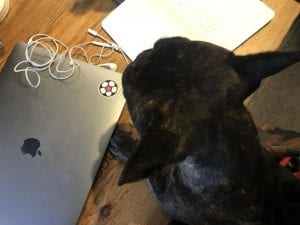 Okay, okay, I digress. If you want a blog about being your own boss, I can most certainly fill up plenty of Internet space, but for the time being, let’s return to crying Stephanie. Colorado friend responds with, “Ugh, it’s so hard to see you vulnerable because you are so tough, and I know you don’t do this with just anyone.” Austin friend responds with, “Wait, stop, are you crying? Hold up. Talk. What the actual hell?” Yes. Dammit. Because, people. Because, human. Because, PMS (hence the bag of chocolate). Because, I’m constantly chasing an unattainable level of perfection. Because, I want all of my clients to get everything they need from me. Because, I keep getting friend-zoned (call me “bro” one more time, you guys).

And, inside all of that, I simply felt alone.

So, here is what happens when I am hit with that wave. I want to hitch up my silver chariot and race back to Denver or voyage to Austin or escape into the desert of Southwest Utah for crying out loud. But, now, I have more data. And, I remember. I haven’t forgotten the loneliness of those moments, staring out into a creation that beckons for both eternal mystery and present inquisition. I can’t very well forget staring out at the valleys of Yosemite and wishing that someone next to me was annoyingly chewing with his mouth open while holding my hand like there were nowhere else on the planet he’d rather be.

Lonely there. Lonely here. Dammit. Wherever I go, I take myself with me.

I want to take a minute to unpack the word “lonely.” These words may serve as a simple disclaimer as to why I would not like to be categorized as the world’s whiniest blogger this side of the Mississippi, but I do feel like a definition is warranted. Because, loneliness is merely a state of being alone. And, for all intents and purposes, I am in fact alone (okay, yes, I have a 15-pound pup that follows me just about everywhere, bathroom included). But, I think that we have placed an unfair degree of negativity on the word. We assume that lonely is always a bad place in which to be. And, I will adamantly proclaim from every state line I ever cross that it is not. My ability to learn about myself inside of community only exists because of my ability to learn about myself inside a state of solidarity. I know who I am in a group only because I know who I am alone. I could also go very Thomas Merton on y’all and say that I only know who I am alone because I know who I am in a group. Regardless, it takes both. Well, in my world, it takes both. Your world may rotate on a different axis.

I feel justified in making this sweeping statement that we place an unfair degree of negativity on the word “lonely” because I have yet to describe myself with this adjective and have the listener respond with anything other than apologies or band-aids of encouragement. I don’t say it with any need for sugar-coated blessings. I just say it. I’m just describing an experience inside my state of existence. And, even with the tears, that state is okay. It is fine. It is teaching me something that will sharpen me. It will make me better. 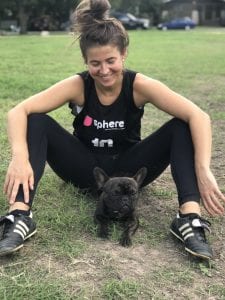 The unfortunate part is that we are so conditioned to think that negative emotions must be masked. I recently started working (again) with one of my most favorite humans in Boise. Amidst a long night of social media planning, she and I found ourselves laughing to the point of tears as we described the life we will most likely have with each other in our later years. It involved total loss of hair, nub teeth, and a room full of hairless cats (gawd, this was so much funnier in the moment).

We’re going rapidly back and forth between describing our cat life, choosing the right stock photos for Instagram, and actually reflecting on the realness of living (and dating) in the 21st Century. The iMessage bubbles are flying serendipitously between perfectly timed screenshots. Suddenly, she types, “Right now, we’re fighting against true vulnerability and fake ass social accounts. Welcome to America where suppression is the key to happiness.” Mic dropped. Bubbles stop for a second. Two seconds. I simply say, “Too real,” before returning to the cats. Yes, the cats. We don’t even like cats. But, haha, LOL. Insert crying face laugh emoji.

What I do know is that wherever I go, it is the same work. It is merely a different set of exterior circumstances or geographical stimuli that bring the shit to the surface. So, today I cried. And, it’s okay.

Stephanie Kemp
Stephanie is a road warrior, adventure seeker, and brand builder. She grew up in the mountains of Colorado and after spending nearly a decade between the PNW and the east coast, she’s proud to once again be calling Colorado home. Well, home for now. Stephanie recently bought an Airstream with the intention of living a more minimalistic and nomadic lifestyle. After logging over 20k miles in her car last year, chasing rock faces in the summer and powder days in the winter, she realized that life could be a hell of a lot simpler if she could carry her house with her on these adventures. In 2017, she started her own marketing agency, Sleigh Creative, to take control of her freedom. As a freelance creative director and brand strategist, she spends a lot of days playing and even more nights working. In all things, be it work or play, she seeks to inspire people to the life of never settling. You can follow along with her journey on Instagram, @by.stephanieleigh, and through her self-titled personal blog.
Tagged: 21st centuryAirstreamAirstreamerhappinesslearninglifelonelySilver liningssuppressionTexas
OnFortCollins.com is a locally-owned and operated directory and information guide for Fort Collins Colorado
Discover the best of Fort Collins shopping, restaurants, night life, breweries, events, business, outdoors, fun, local life, real estate, transportation, jobs, and schools.
Looking for what to do in Fort Collins? OnFortCollins.com has columnists, and bloggers to keep you up to date on the best of Fort Collins, Colorado.