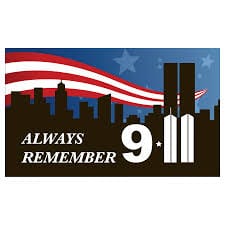 This year will be the 18th anniversary of the 9/11 attacks, and Colorado and other states across the country will be participating in commemorative ceremonies to respect those who lost their lives in the towers and the brave first responders at the scene.

The Colorado Memorial Stair Climb in Denver will host its 11th annual event honoring the 343 FDNY firefighters killed on 9/11. The event will be held at Red Rocks Amphitheater, and participants will climb 110 flights of stairs to represent the 110 stories of the World Trade Center.

More than 25,000 climbers have participated in the event in Colorado, and the event has raised more than $500,000 for programs provided by the National Fallen Firefighters Foundation, which supports the families of fallen firefighters and the FDNY Counseling Services Unit.

Colorado Springs will also have the Colorado Springs Remembers ceremony, which will be held at Memorial Park. The event is free and open to the public, and will include remarks by Mayor John Suthers and Gen. Richard Myers, Former Chairman of the Joint Chiefs of Staff. It will also feature music by the 4th Infantry Division Band and In the Stairwell from the U.S. Air Force Academy.

In Pueblo, Pueblo Fire Department, Pueblo PD, Pueblo County Sheriff’s and the Center for American will host Pueblo’s 9/11 remembrance ceremony at the WTC Steel Memorial. The program will start at 7:59 am to mark when the South Tower fell.

Kaylee Huntley
Kaylee was raised (but not *technically* born) in Colorado. She graduated from Regis University with a bachelor of arts in English. During her time at Regis she worked as a teaching assistant in a freshman classroom setting and in the writing center helping students on a variety of topics. While there, she discovered Cura Personalis, or care for the entire person, leading to her love of feminism and desire for equal rights for all. Kaylee spends her time reading, writing, and debating.
Tagged: 9/11never forget
OnFortCollins.com is a locally-owned and operated directory and information guide for Fort Collins Colorado
Discover the best of Fort Collins shopping, restaurants, night life, breweries, events, business, outdoors, fun, local life, real estate, transportation, jobs, and schools.
Looking for what to do in Fort Collins? OnFortCollins.com has columnists, and bloggers to keep you up to date on the best of Fort Collins, Colorado.