Three preseason games may not be enough to fully judge the Broncos 2018-2019 season, but here’s the report card as we get close to kick-off. 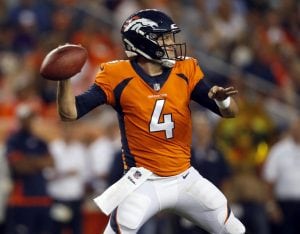 Quarterback Grade C+ – To be fair, compared to last year’s debacle in which Trevor Siemian, Paxton Lynch, and Brock Osweiler combined to throw just 19 TDs versus 22 INTs, Case Keenum looks like an A+ upgrade.  But the jury is still out whether Keenum is the same QB that threw 22 TDs and only 7 picks with the Vikes in 2017, rather than the QB he was all the previous years.  A veteran backup is probably needed, but if Keenum goes down does it really matter who steps in?

Running Back Grade C – – Royce Freeman looks good, but the Broncos are asking a rookie to pick up blocking schemes, find holes behind a questionable offensive line, and quickly let us forget CJ Anderson.  Devontae Booker is an okay backup, and Phillip Lindsay looks like the 3rd down back.  I’m not sure De’Angelo Henderson is ever going to get a good look without an injury occurring, but he’ll make the squad.  Same with Fullback Andy Janovich due to his Special Teams work.

Wide Receiver Grade A – Demaryius Thomas and Emmanuel Sanders looked like they mailed it in last year. But the 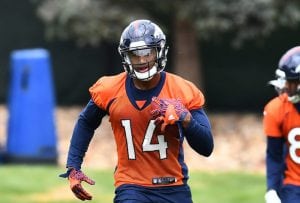 addition of Keenum, as well their possible replacement in rookie Courtland Sutton, should keep the veterans motivated and looking ahead to their next contract.  Tim Patrick and River Cracraft add depth, while Penn State standout DaeSean Hamilton could surprise as the season goes on.

Tight End Grade Incomplete – If we are just grading Jeff Heuerman the Broncos get a D, but after only a handful of snaps we’ll have to wait a few more games before Jake Butt proves he can be a difference maker.  Either way, these players need to block better at the line and learn to get open more often for Keenan. 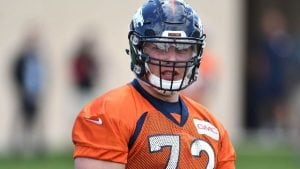 Offensive Line Grade B- – With the addition of Jared Veldheer, another year of experience for Garett Boles, and a quarterback that makes quick reads and gets rid of the ball, the offensive line is actually pretty decent.  The issue is depth and injuries.  Asking an NFL team to keep their line healthy as the season goes on is next to impossible, and with Ron Leary already hurting, the Broncos only have Max Garcia to plug in to help.

Defensive Line/Linebacker Grade A – The linebacker crew can be exploited when they fall back into pass coverage, but Von Miller, Bradley Chubb, Shane Ray, Shaq Barrett, Derek Wolfe, and Shelby Harris can really get after the quarterback.  And they are going to have to for the Broncos to be successful. 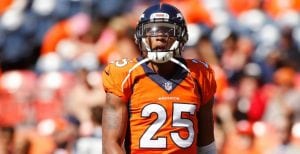 Secondary Grade B – Chris Harris Jr., Bradley Roby, and Justin Simmons can play, but the secondary depth is a major question mark. Darian Stewart and Will Parks can help, but the Broncos need Su’a Cravens, Tramaine Brock, Dymonte Thomas, Isaac Yiadom, Brendon Langley, or a waiver-wire pick-up to step up.

Special Teams Grade C- – I get that the Broncos brought in 26-year-coaching veteran Tom McMahon to take over the worst special team unit in the league last year.  But we still have Isaiah McKenzie returning punts, Marquette King is struggling so far, and along with McKenzie, Janovich, Lindsay, and Cracraft aren’t all likely to make the team. 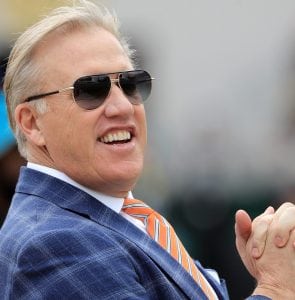 Coaching/General Manager Grade C – Let’s be honest.  Vance Joseph was not good last year, and John Elway really set the team back with the Brock Osweiler/Paxton Lynch experiment.  Joseph, Joe Woods and Bill Musgrave will have to go 9-7 to keep their jobs even though that’s asking too much, and if Elway was Craig Morton, Tommy Maddox, or anyone else, he’d probably be gone too.

Overall Grade C+ – After last year’s 5-11 season, a grade just above average isn’t so bad.  Las Vegas has the Broncos finishing at 8-8.  If Keenum plays like he did last year, Chubb and Freeman standout, Denver turns around last year’s -17 turnover ratio, and take advantage of the 5th easiest projected schedule in the league…who knows?  The overall grade may not get you into Law School, but at least you’re still eligible to play.

Alan Tapley
Alan Tapley is an educator, author, and blogger who has lived just outside of Boulder for the last twenty years.  His published work includes two novels, two children’s books, a series of cartoons in the Minneapolis Star-Tribune, and multiple sports related articles. His love for family and the state of Colorado is only matched by one thing, his passion for sports.  The first baseball game he ever attended was at Wrigley Field, before there were lights.  At the final Bronco game at the old Mile High, he allegedly cut out a piece of his seat in the South stands.  But regardless of being here for the Avalanche’s last Stanley Cup, the Rockies only World Series appearance, and all the Broncos’ Super Bowl Victories, his wife never fails to remind him that he wasn’t at the University of Colorado in 1990, like she was.  The year the Buffs football team won the National Championship
Tagged: Case KeenumChris Harris Jr.Courtland SuttonDenver BroncosGarett BolesJohn ElwayNFL
OnFortCollins.com is a locally-owned and operated directory and information guide for Fort Collins Colorado
Discover the best of Fort Collins shopping, restaurants, night life, breweries, events, business, outdoors, fun, local life, real estate, transportation, jobs, and schools.
Looking for what to do in Fort Collins? OnFortCollins.com has columnists, and bloggers to keep you up to date on the best of Fort Collins, Colorado.