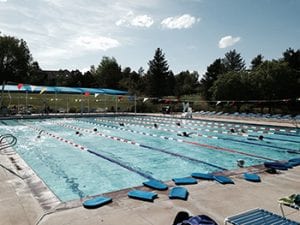 Like many, I spent Father’s Day at the pool.  But instead of sunscreen and a cold beer, I stood by the blocks near lane four with a timer and a clipboard.  You see, my children are club swimmers, so many holiday weekends are spent in muggy, chlorine-filled venues, with no alcohol in sight.

But standing for a couple hours with wet shoes is nothing compared to the commitment asked of these young athletes.  After years of attending meets, talking to parents, and interviewing swimmers, their voices were heard.

And here’s what they said. 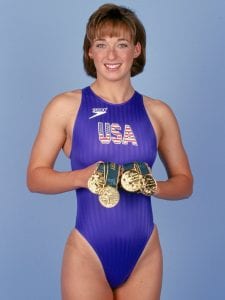 1) Yes, we want to go to the Olympics someday. Yes, we know that the odds are a million-to-one. But swimmers are goal-oriented.

2) At big meets we wear a special suit called a technical suit that is five sizes too small, cost over $300, and lasts for only two or three meets if it doesn’t tear.

3) We will wear that $300 suit, travel to a fast pool in a different state, shave our body hair, and sleep in hotel lobbies all for the opportunity to drop a tenth of a second.

4) Yes, we can basically eat anything we want. And you could too if you worked out six days a week, two hours each, for 11 straight months.

5) Two or three times a week we jump in the pool at 5 am, go to class all day, then return to the pool for another workout that evening. And yes, it is as bad as it sounds.

6) We believe that naps are the greatest things ever invented, followed closely by the taper.

8) Most of us prefer short course to long because it’s 10% shorter, but the fact that long course is in the summertime and we can nap makes it pretty close. 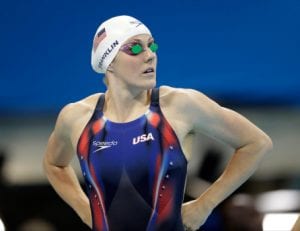 9) Basically, only two individuals in each event make the Olympics. The odds of making the Olympic swim team are .00014% and that doesn’t even take into consideration whether Missy Franklin, Katie Ledecky, or Michael Phelps swim your event.

11) We feel immensely guilty if we miss a practice, but if it’s canceled that’s another story.

12) We are a little self-conscious about how our shoulders and thighs look, but not our abs. They rock.

13) Swimming six days a week sometimes leads to injuries. When that occurs, the coach throws you a kick board and puts you in another lane until you get better. But you still show up six days a week.

14) We all have more than one technical suit, plenty of practice suits, and tons of swim caps. But that’s nothing compared to the amount of swim related t-shirts we’ve collected over the years.

15) Our strong build and abdominal muscles make up for our green hair and dry skin. 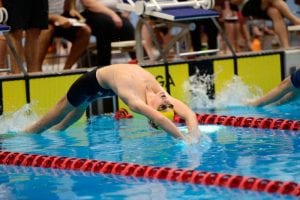 16) If you haven’t torn a suit, broken your swim goggles, or ripped a swim cap just seconds before your race, you haven’t been swimming long enough.

19) Ironically, despite the countless hours and millions of miles we swim in the pool each year, a lifeguard needs to be present at every practice.

20) Swimmers are great at time management because after all that practice, all those meets, and all that sleeping…we need to be.

Alan Tapley
Alan Tapley is an educator, author, and blogger who has lived just outside of Boulder for the last twenty years.  His published work includes two novels, two children’s books, a series of cartoons in the Minneapolis Star-Tribune, and multiple sports related articles. His love for family and the state of Colorado is only matched by one thing, his passion for sports.  The first baseball game he ever attended was at Wrigley Field, before there were lights.  At the final Bronco game at the old Mile High, he allegedly cut out a piece of his seat in the South stands.  But regardless of being here for the Avalanche’s last Stanley Cup, the Rockies only World Series appearance, and all the Broncos’ Super Bowl Victories, his wife never fails to remind him that he wasn’t at the University of Colorado in 1990, like she was.  The year the Buffs football team won the National Championship
Tagged: Amy Van DykenColorado SwimmingGold MedalMissy FranklinOlympicsSwimming
OnFortCollins.com is a locally-owned and operated directory and information guide for Fort Collins Colorado
Discover the best of Fort Collins shopping, restaurants, night life, breweries, events, business, outdoors, fun, local life, real estate, transportation, jobs, and schools.
Looking for what to do in Fort Collins? OnFortCollins.com has columnists, and bloggers to keep you up to date on the best of Fort Collins, Colorado.